Why do we have a public feature roadmap? 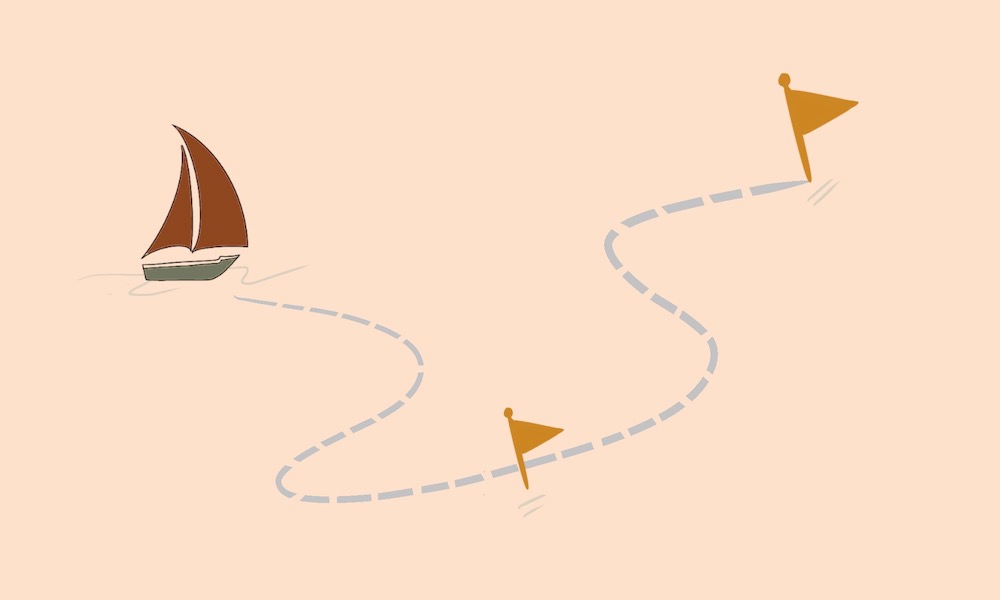 We often draw the analogy that CozyCal is like a small boat charting the course in a vast ocean. As the boat's co-captains, we need to understand our position and where we are heading next.

However, we can't do this alone. We need our users to help us navigate uncharted territories. Therefore, user feedback is one of the most important signals to capture.

Two years ago, we created a public feature roadmap allowing users to share their feedback on CozyCal. The reason that has prompted us to do so is we want to build a user-centric product with a tight feedback loop.

Building a product shouldn't be a process that happens in a black box. Neither should it be a one-sided internal practice in which users are not involved in contributing to how a product evolves.

We want to co-evolve CozyCal with our users

When we first started building CozyCal, we made many assumptions about what user needs might be. For example, we thought Zapier integration would be a great idea for users to export scheduling data to a third-party app. But it was proven later that not many users found Zapier integration to be essential for their scheduling flow.

Now, with our feature roadmap in place, our users can submit new feature requests, upvote existing features, and track the development progress. Users are free to leave comments to elaborate specific needs and interact with other users in the community.

"By partaking in the process of improving CozyCal, we build a symbiotic relationship with our users and evolve together."

Based on collected feedback we can learn the gaps that need to be filled by CozyCal. For example, we saw an increasing number of upvotes for the feature "allow package subscription scheduling". This trend signals that there is an unmet need with subscription scheduling for businesses that are offering packaged services.

As more users are submitting feedback to the roadmap, we are gaining a better sense of the direction that CozyCal is heading. As a small team of two, we have to prioritize building features that add value for the most number of users.

Improving CozyCal is thus a collective, reciprocal, and open process that involves both us as the product makers as well as our users. We close the feedback loop by announcing feature updates in the changelog. Users who have upvoted any feature requests would be notified right away so they can try out new features.

We want to be transparent and honest

Not every company shares its product roadmap publicly. Many of us probably have had the experience of sending feedback to customer support then only to receive canned responses thanking you for the input, while leaving you clueless as to who and when your feedback would ever be reviewed.

But at CozyCal, we chose to share the product roadmap in the open with full transparency. Our users can see exactly which features are being under consideration, what's being planned, and what's in development. They can also see features with the most upvotes as well as launched new features.

More importantly, we are inviting users to access CozyCal's backstage. They can see exactly where their feedback is recorded.

The feature roadmap is a platform that not only allows users to communicate with us but also to interact with other users who have similar needs. We believe that by being transparent, honest, and showing that we care about what our users want, we are earning people's trust and loyalty.

Similarly, when users know that their voices are heard, they are more confident to share candid feedback with us. With high-quality feedback, we can then make better iterations for CozyCal.

We want to set the right expectation

It's easy to overpromise and underdeliver when it comes to selling a product. But we want to avoid doing that.

The feature roadmap and changelog give users an idea of how long it will take to build new features. If users want a new feature right away, instead of turning them away, we send them to the roadmap through which they learn about the system by which we improve CozyCal.

Users can decide whether they are willing to wait for requested features to launch in the future or seek alternative solutions. The objective is not to leave users hanging in the dark.

While the roadmap sets the right expectations for users, it keeps us accountable for delivering what users want. For example, SMS reminder feature used to be one of the top features requested. After launching it, we saw users integrating it into their scheduling flow. We received additional feedback from users outside of the US and Canada that they also would like to see SMS reminder supported in their countries.

Through the roadmap, we demonstrate to users that we are committed to follow their feedback and deliver concrete results. When we are consistently making progress, users are more likely to stay with us.

The roadmap is the bridge that connects us with our users. It's the commonly shared dashboard through which everyone can learn about the direction that CozyCal is sailing towards. Each user has the power to shape how CozyCal evolves.

We want to focus not only on building CozyCal for our users but what we can build with them, with you. We'd love to invite you to visit our product roadmap, submit your feedback and comments.